THE 16-INCH MACBOOK FOR PHOTOGRAPHERS

I’ve been using a MacBook Pro as my primary editing computer since Day 1 of becoming a wedding photographer. The 13-inch MBP was my preference for years until the 15-inch MacBook Pro got released in 2018. I reviewed it and compared it with my maxed-out 13-inch a couple years ago. It’s a truly awesome computer and would still be my main machine had Apple not created the photographer’s perfect computer: The new 2019 16-inch MacBook Pro. It comes with the capacity to add enough RAM, finally, to run Lightroom, PFixer Core (VSCO Keys replacement… RIP VSCO Keys…) and Photoshop without bogging down due to Lightroom’s constant need for more memory.

If you’re considering an upgrade from the 13-inch MacBook Pro, it might be helpful to first read the comparison I wrote that tests the difference between the 13- and 15-inch. That’ll help establish benchmarks between those two before coming here to read the differences between the 15- and 16-inch. I’ll basically be going through a typical wedding photographer workflow and comparing the two machines for a few key tasks in the categories of importing, editing, and exporting.

The 15-inch MacBook has the middle-range processor option and maxed out RAM: 2.6 GHz 6-core Intel Core i7 and 32GB of memory. Graphics are run by a Radeon Pro 560X with 4GB of GDDR5.

Both machines are running macOS Catalina and the latest versions of all the software being compared. 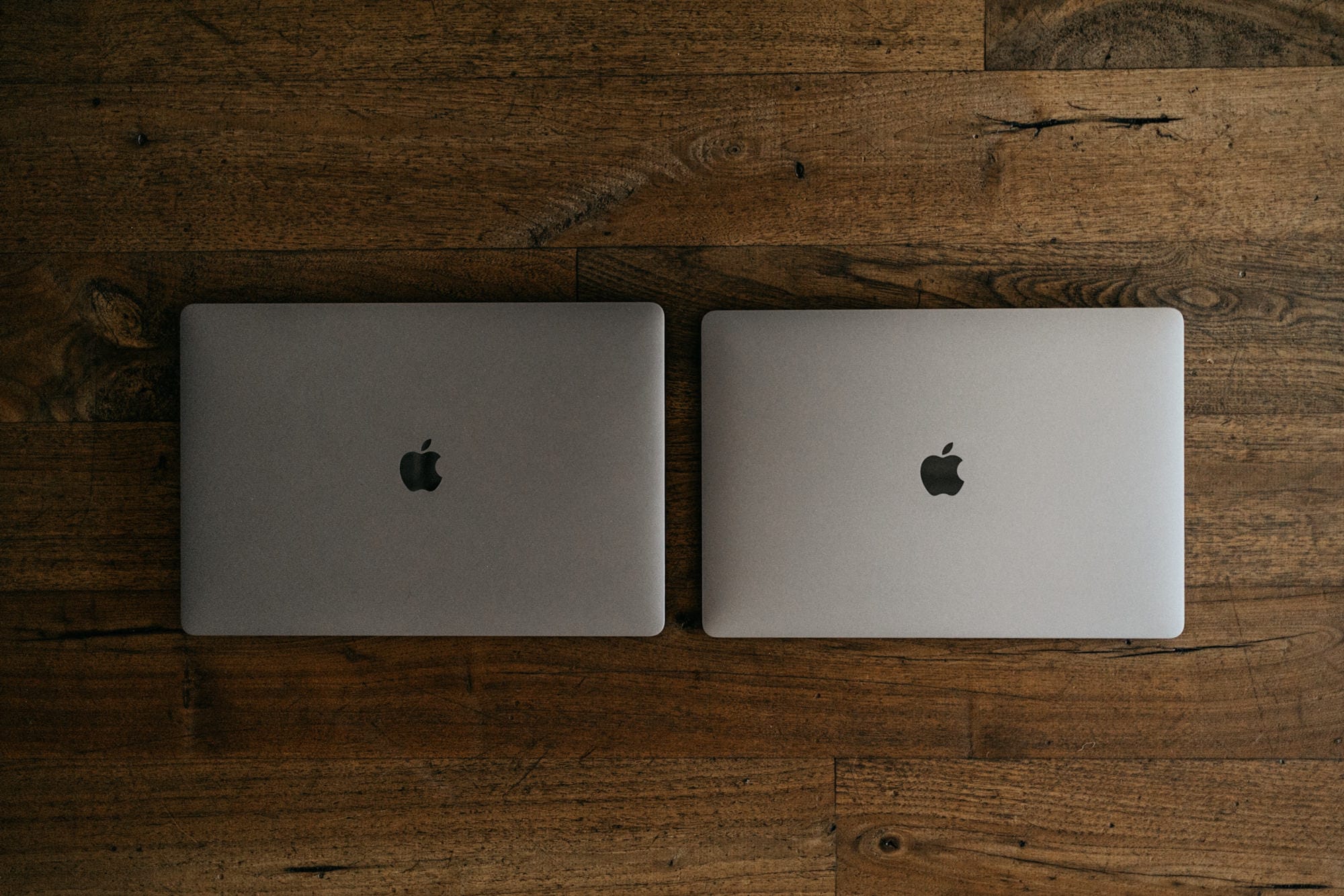 I began my comparison by importing SD cards from a recent wedding using two daisy-chained LaCie Thunderbolt 3 RAID hard drives that have built-in SD and CF card readers. They let me import all the photos at once, which helps a ton when it’s the end of a super long wedding and I just want to begin the import process and head to bed. I can just start the import process and forget about it while it churns away.

I definitely didn’t expect to see such a difference between these two right out of the gates like this. That’s a massive time savings! I ran the test a few times and got materially identical results. I already thought the 15-inch was super quick – pretty pleased with that result.

The first thing I do after importing photos is apply my preset to all the photos. The preset adjusts a ton of settings and usually locks down the system for a few moments while they all apply and render.

Apply preset to 2333 photos in Lightroom

Not the biggest time savings, but not nothing either. This process is what I’m typically waiting on to get started editing, so the quicker it wraps up, the sooner I’m able to get to work.

No greater feeling in the world exists after working away for hours on a wedding than when you finally get to hit the export button.

For this comparison I went ahead and exported 997 photos at full-resolution.

Again, the margins are narrowing between the two MacBooks. This test alone wouldn’t nudge me toward upgrading, but all test taken together so far might. One more test…

Let’s wrap this up by seeing how much faster the 16-inch could crush down those 997 full-res photos using JPEGMini Pro. If you haven’t used JPEGMini Pro, check it out here. It’s indispensable for adding photos to your website that balance image quality with loading times.

This is also one of those workflows that is a gatekeeper to productivity. I usually run it before archiving or uploading a post to the website, so having this wrap up quickly means getting to work sooner. 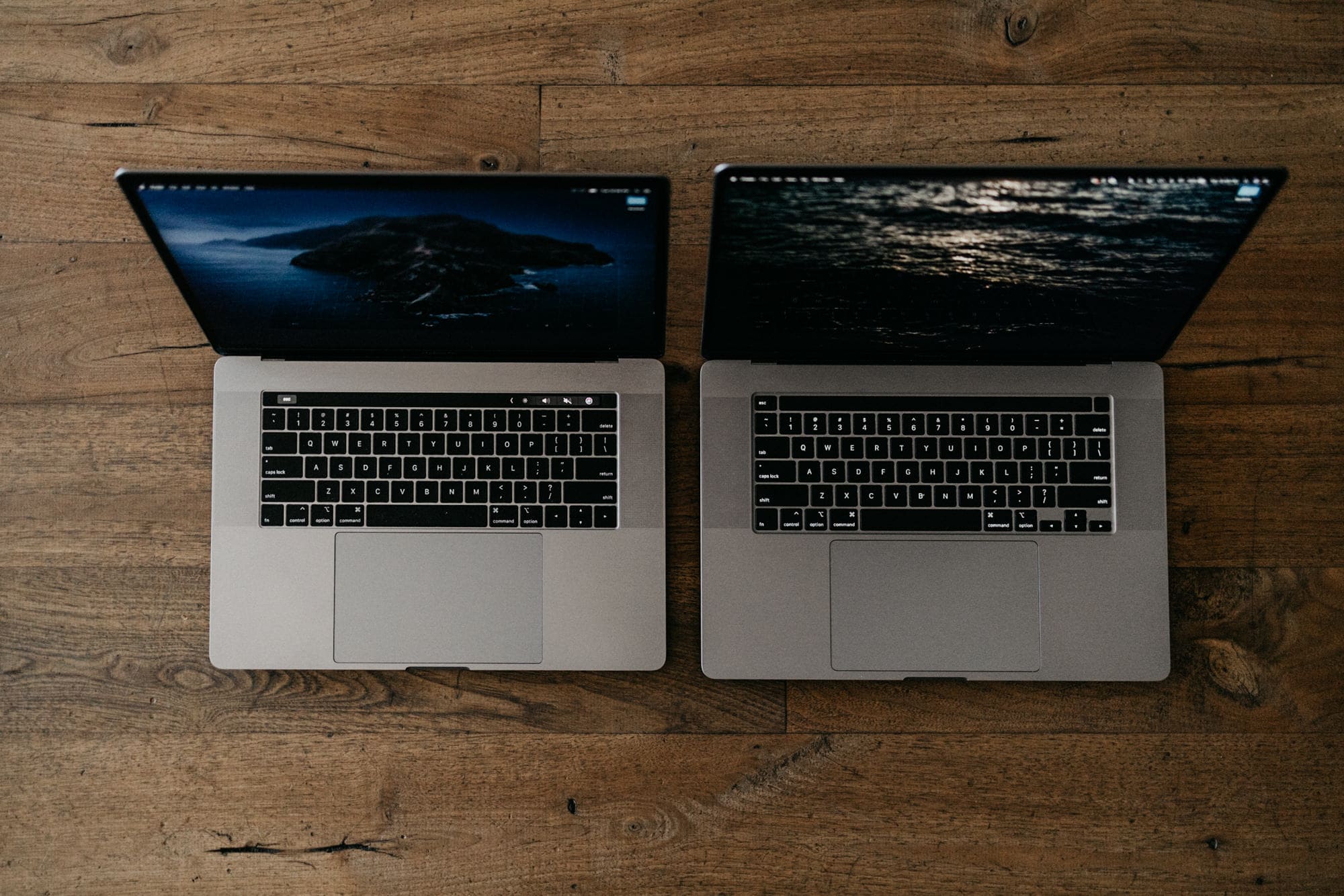 It’s interesting. I was initially expecting a bigger gap between the two MacBooks. It’s becoming more clear how good the bleeding-edge of tech has become overall. The margins are shrinking as we start to approach thermal limits, which makes the argument for upgrading a little less clear compared to the two-fold leaps we’d see between generations a few years ago.

That’s a good thing for people who already own an older MacBook. Your computer probably isn’t much slower than the newest Macs. That means you might be a able to delay that upgrade for another generation and apply that money toward something else. Ahem… Canon EOS R5…

The upgrade decision made sense for reasons other than the benchmarks I tested above – though those are welcome improvements too. The bigger screen actually makes enough of a visual difference for me, as does the increase in battery life. Those two attributes, coupled with the speed improvements, AND THE KEYBOARD*** sum together to create my most favorite MacBook ever.

***For what it’s worth, I didn’t have a problem with the butterfly keyboards. It was a nonissue in my decision to upgrade. After using this scissor-switch keyboard for a few months though, I couldn’t return to butterfly keys and be happy about it. This keyboard is amazing.

Anyway, hope this review was helpful! Feel free to drop a question or comment below. I’m always checking in on them and will do my best to answer any you might have.

I took this somewhere in the Sahara several hours

Life is about the people you meet and the things y

There once was a time when I'd post travel photos

"How did you get into photography?" The origin st

"To never take you for granted, but always give th

Freezing outside, a cabin in the forest, and an ac