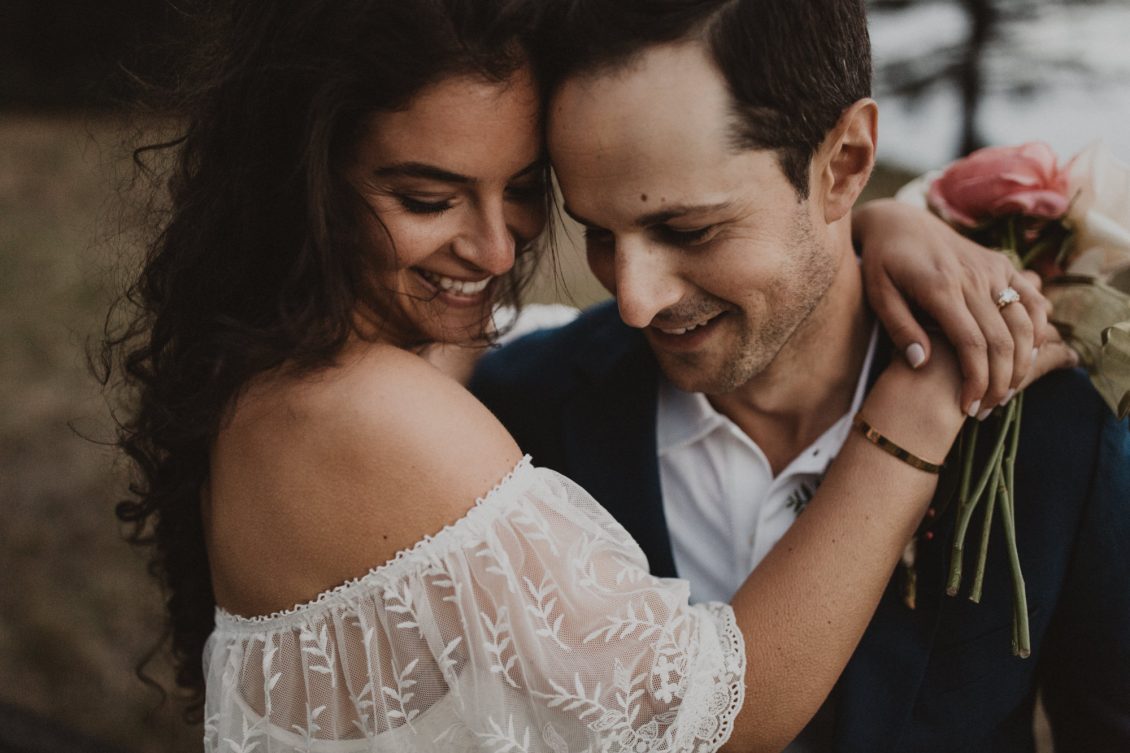 Eloping in the redwoods

Finally, finally, finally… It’s nearly midnight on a Monday and I’ve sat down with a glass of Scotland’s finest whiskey to check a giant checkbox off my todo list. It’s been there, starting at me, for the better part of three years… and it only took a pandemic and subsequent quarantine to give me the time to tackle it. Here we are, fam: My Big Sur Elopement Guide, starting with Part 1: Eloping in the redwoods.

I’ve been photographing elopements in Big Sur since 2013 when I had my very first at Post Ranch Inn, and since then, have photographed nearly 250 elopements and about the same number of engagements all around the Big Sur coast. …again… quarantine… I actually counted them up.

What’s so great about Big Sur and why do so many people come here to elope? Pretty simply put, I don’t think there’s any other spot more well-suited. It’s only a couple hours from two major airports, SFO and SJC; it’s out of cell range, so despite being relatively close to civilization, you can very much gain the sense of remote solitude, which is so often sought after by couples eloping; and of course – its epic.

I’m going to split this up into four parts so you don’t get overwhelmed. Everything is based on often-asked questions I’ve been sent by couples over the last several years.

“We want to get married in the redwoods but don’t know where. Help.”

Yep, Big Sur and redwoods pretty much go hand-in-hand. They’re ancient and amazing and I wish so badly they were as accessible as they appear to be. I think a lot of couples think eloping in the redwoods is as simple as driving down Highway 1, pulling over, and hiking a few minutes into the trees. I do truly wish it were this easy…

Redwoods in Big Sur that are reasonably accessible are either on private property (like hotels, lodges, private land, ranches, etc.) or on state park property.

Private property redwood groves aren’t accessible unless permission from the owner is given. If you’re a guest of the hotel or cabin that happens to have redwoods on site, they’re usually fine with you eloping there too. When couples are wanting redwoods for their elopement, I always recommend three places:

They’re the best value, in my opinion. The redwood groves they have on their property are expansive, quiet, and always available to you as a guest. My understanding is that you don’t have to pay anything additional to stay and elope there, so long as it’s just you two, me, and an officiant. In other words, no guests. If you have guests, they might charge a little extra to cover some overhead associated with extra folks visiting. As with all of these recs, reach out to the venue to get the details. Pricing and policies change over the seasons. 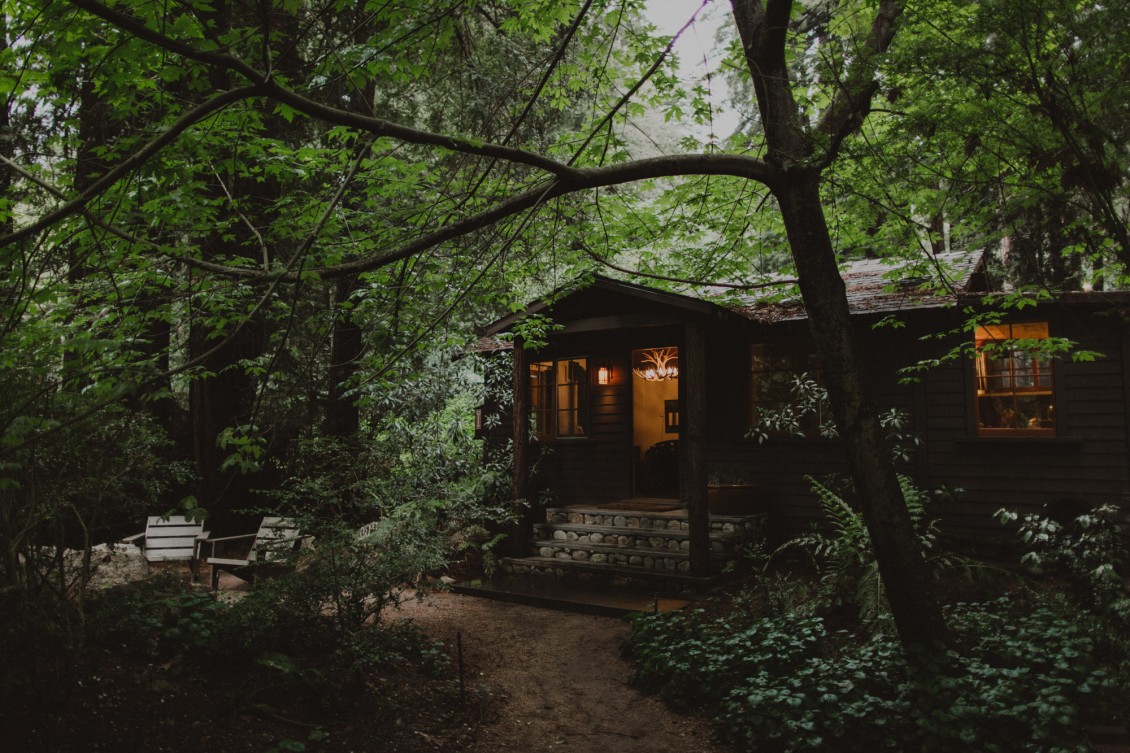 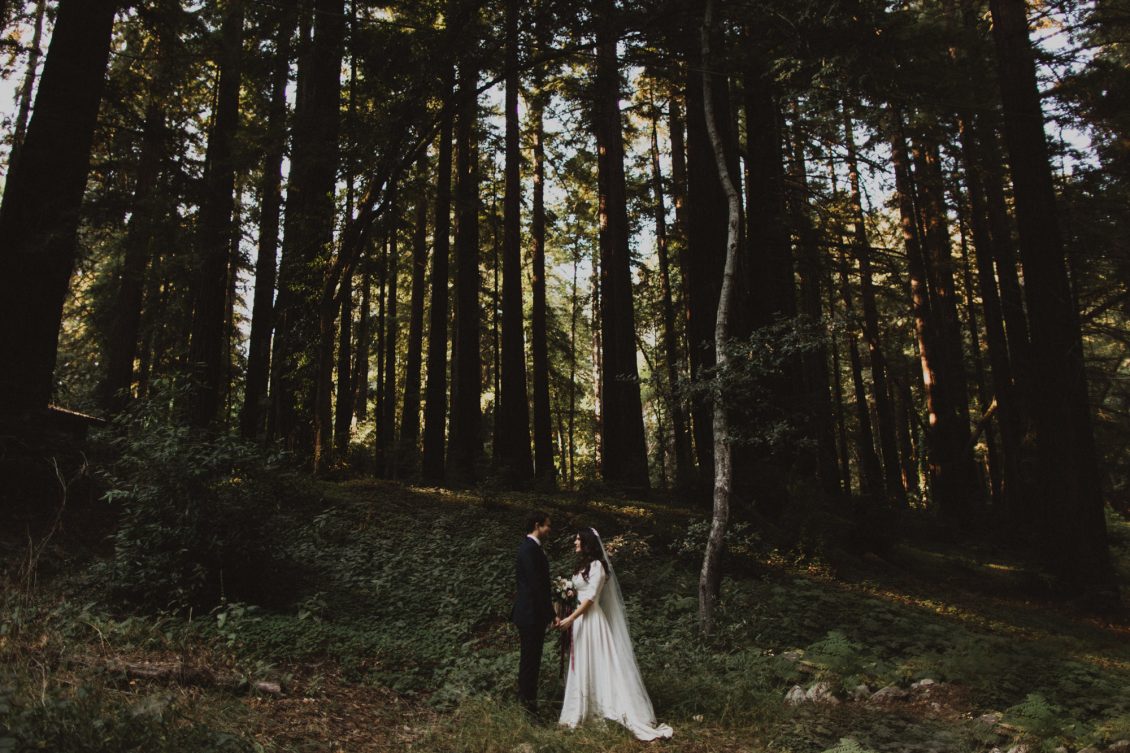 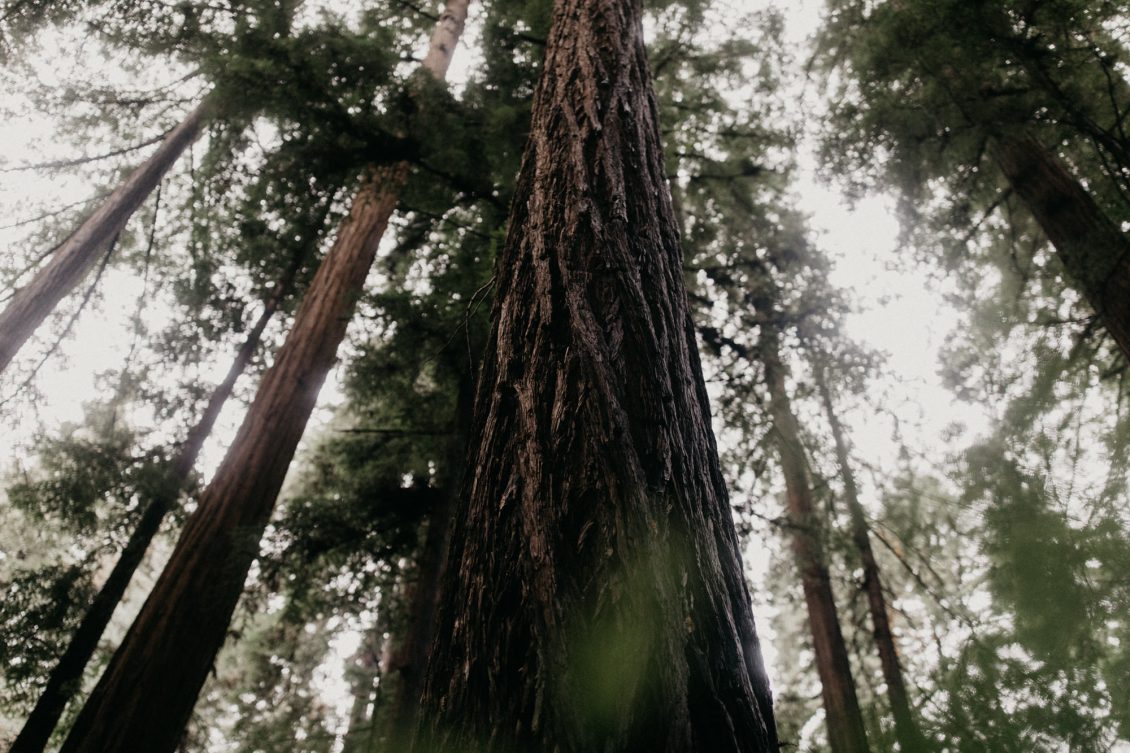 LOVE Deetjens. It’s about 5-10 minutes farther south than Glen Oaks, and also has a rather epic redwood grove. It’s not nearly as large as Glen Oaks, but what they do have is incredible. Their cabins are super old and rickety and full of charm. Some of my most favorite weddings have been here. For sure reach out to them. 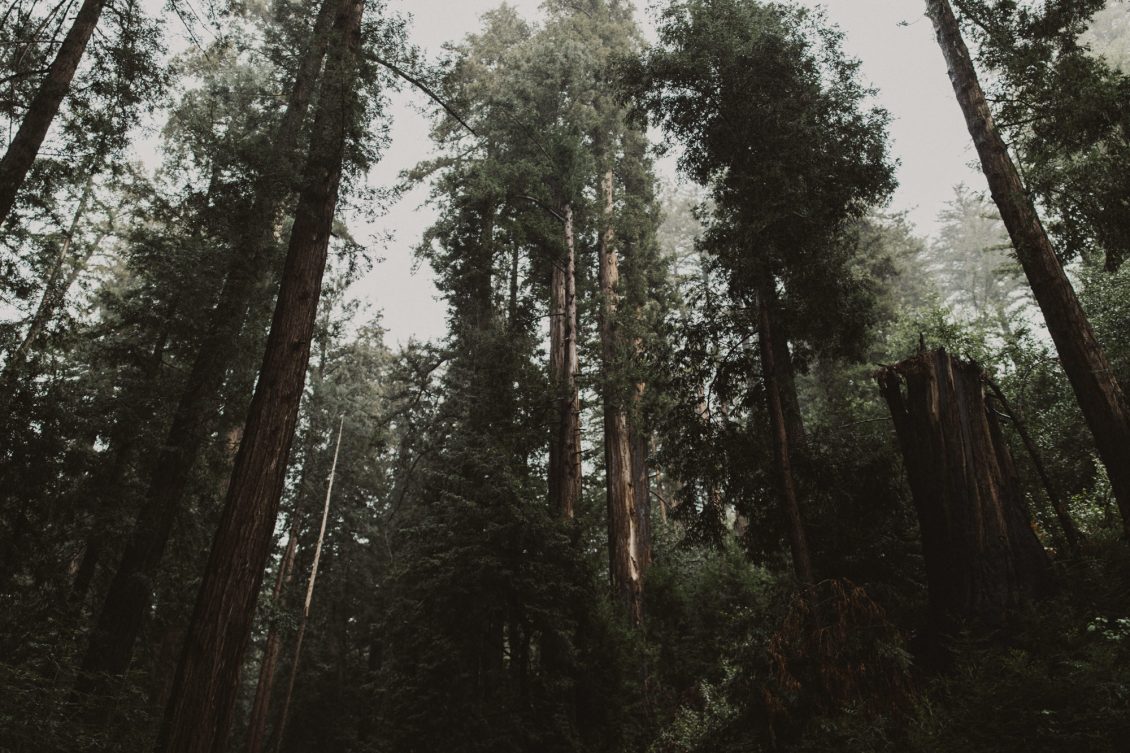 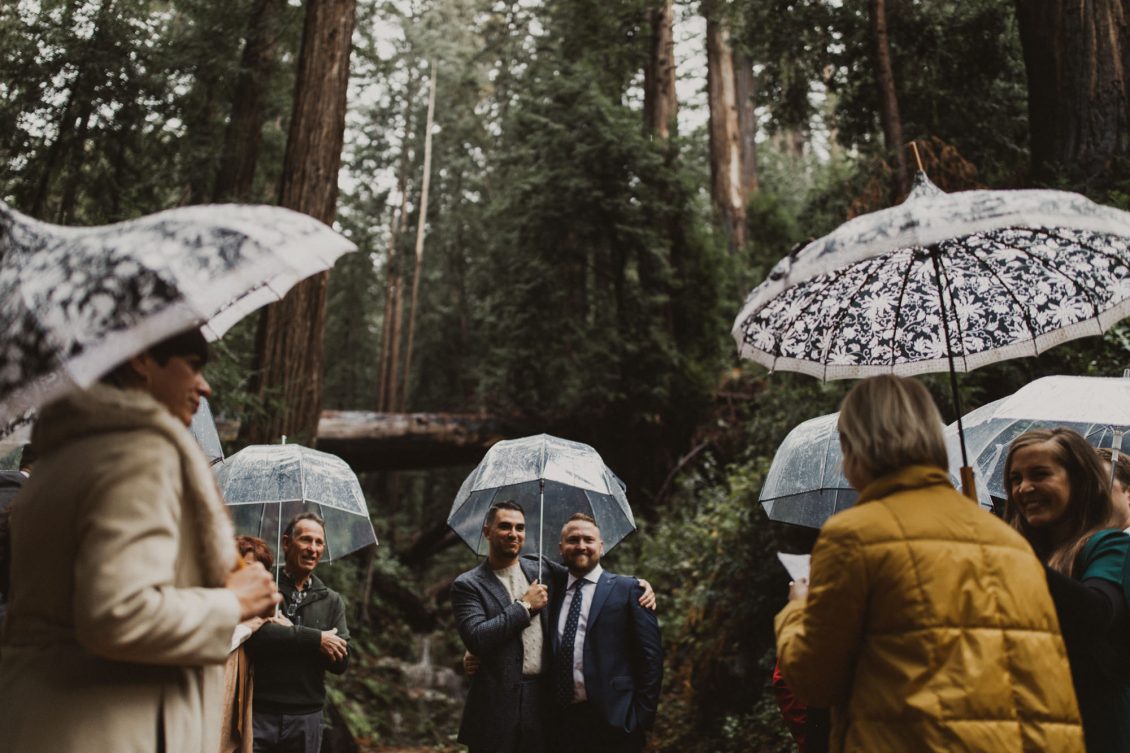 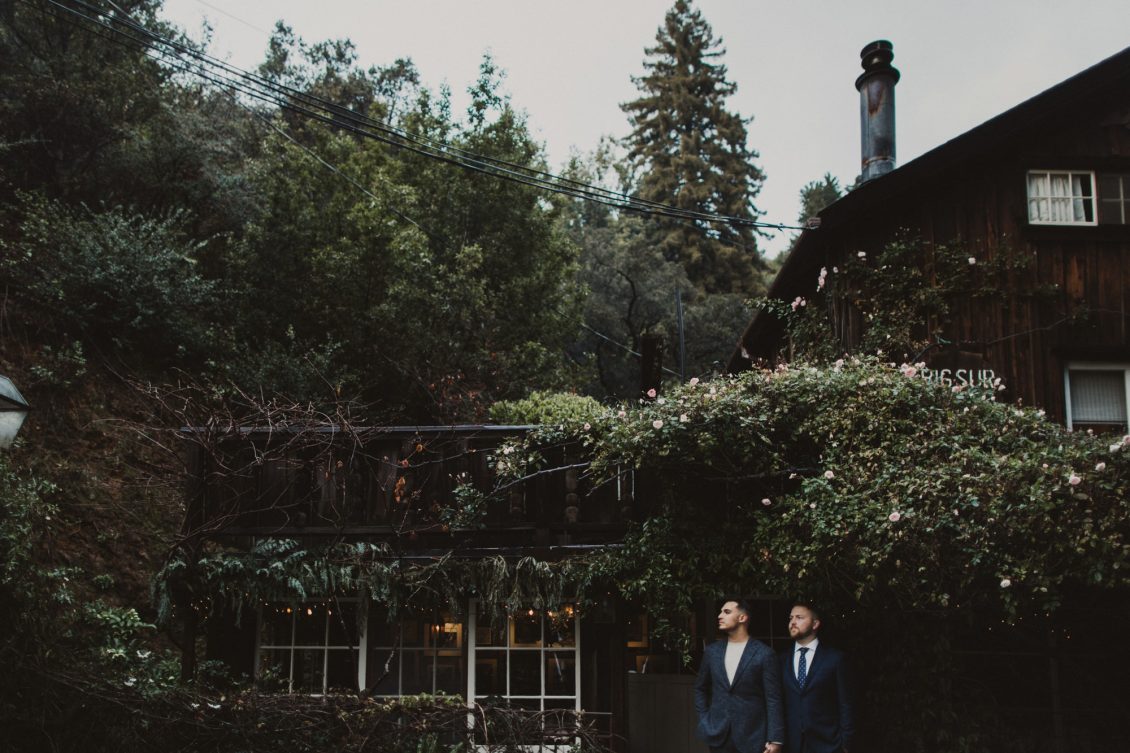 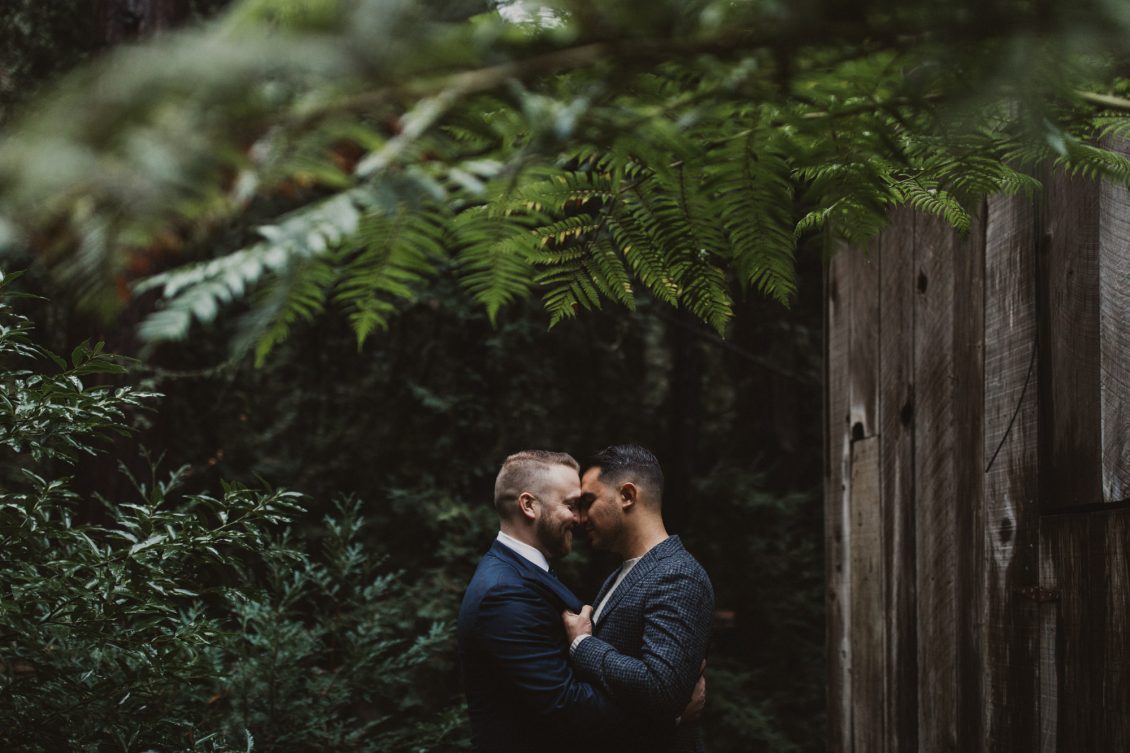 It’s exclusive, very expensive, but my gawd… the redwoods here are like none other. If you feel like splurging, you won’t be disappointed. The one thing to consider about PRI is that they have elopement packages that you have to buy into that come with a pre-selected list of five photographers to choose from. I’m thankfully on that list, as are some other super-talented friends of mine. Post Ranch is incredible, but just know that the price to elope there is nearly quadruple that of Glen Oaks or Deetjens. 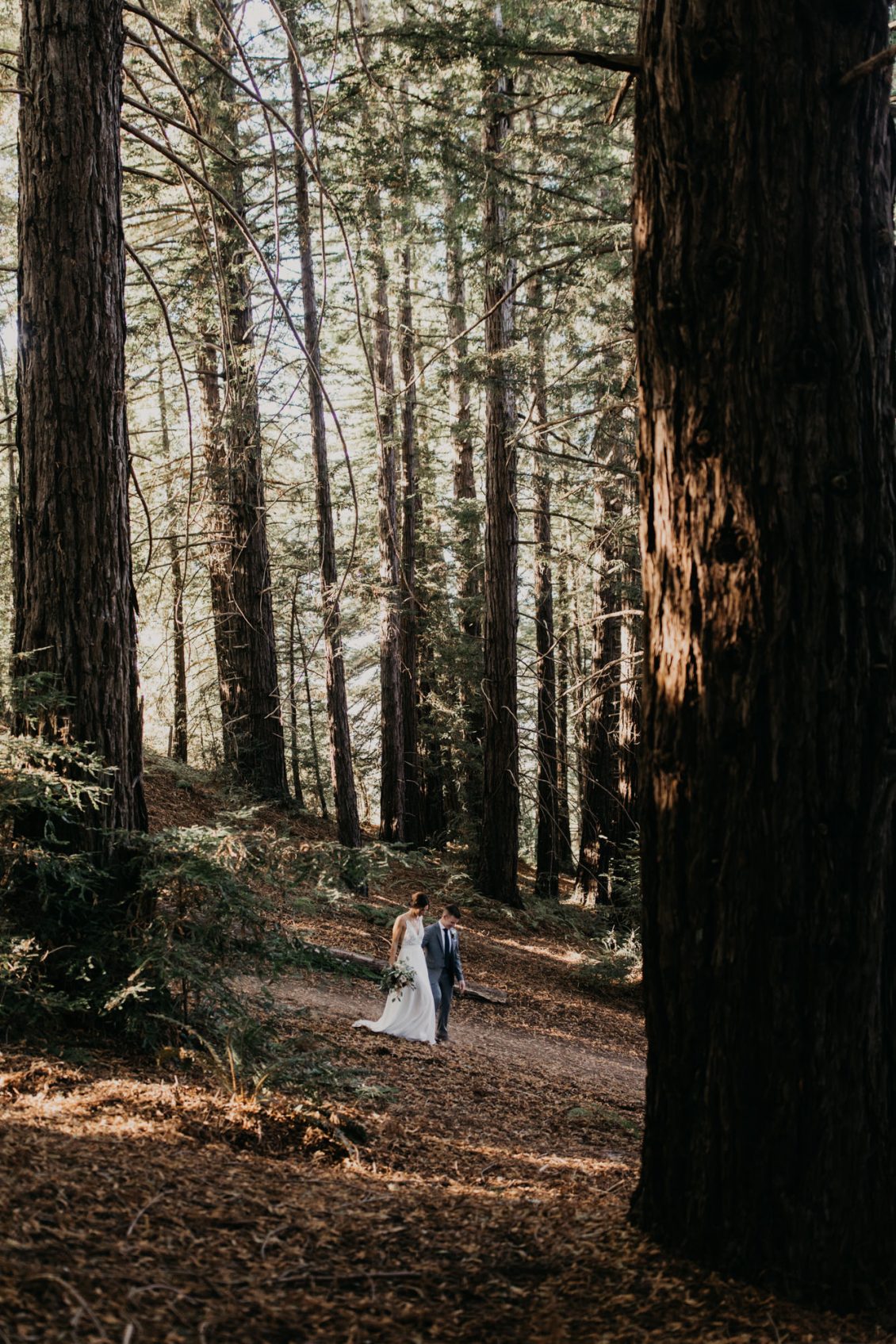 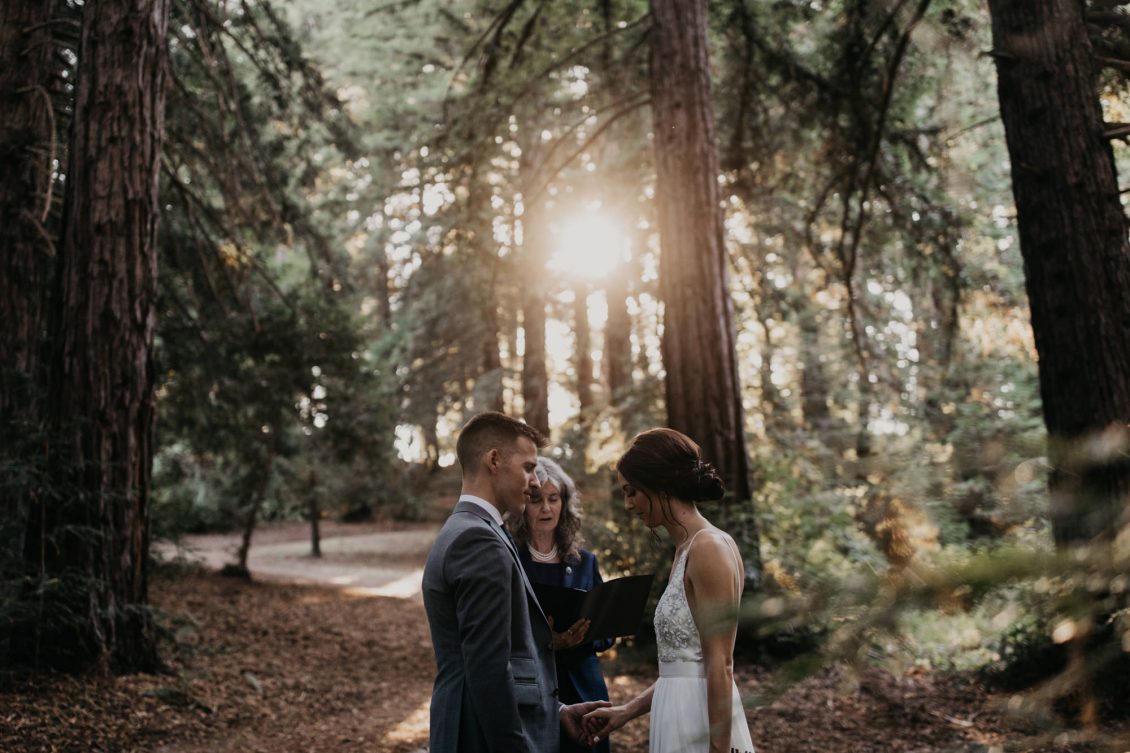 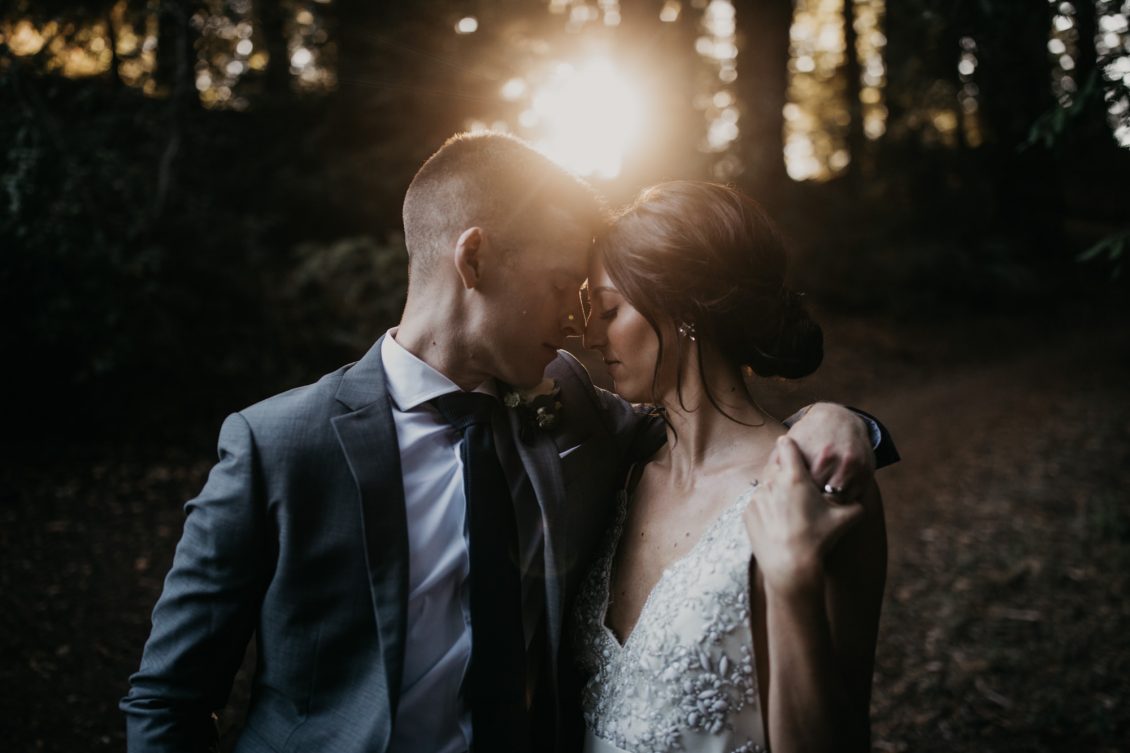 Other spots offer redwoods too, like Ventana and Big Sur Lodge. But if I could only pick three to recommend, far and away, those are they.

You need to have a permit in order for a photographer to take photos at your wedding. This is in addition to the permit to actually get married there. I just went through this process with a couple a few months ago. It involves sending an application to the California Film Commission, sending a ton of information, and paying nearly $700. It’s such a granular application process, you need to provide the exact route you’ll be taking on a map. As in, we plan to begin walking at GPS coordinate A, and will be taking photos at GPS coordinate B, C, and D. And the wedding will be taking place at coordinate E. It’s pretty intense.

In my opinion, you’d be better served spending half that on a cabin at Glen Oaks, and getting a private, secluded set of redwoods to get married in, rather than paying and applying for permits to take photos in a public forest. You aren’t allowed to leave marked trails, which means while you’re getting married, hikers are passing to and fro.

I’ve photographed four weddings on state park property, and in three of those instances, unknown to me, the couple didn’t have a permit on file. And yes, those three weddings were all broken up by rangers, mid-ceremony. How they found us in the middle of the woods, I have no idea. It was a real bummer to experience that on a wedding day.

Oh, and the couple who went through the application process I mentioned… they abandoned the whole process because of how long and arduous the approval process was.

Unless state park redwoods are super meaningful to you, I’d highly recommend booking a room at one of the hotel/cabins above. Way better forests and much better value.

If you’re interested in getting a permit, Pamela Khalar is the Big Sur Sector Film Permit Officer and is super helpful. Her phone is (831) 667-0507 and email is BigSur.Film@parks.ca.gov. The form you’ll need to fill out is the Motion Picture Activity Information Form (DPR245A).

Phew! That was a lot; but hopefully the idea of eloping in the redwoods still sounds like a great option!