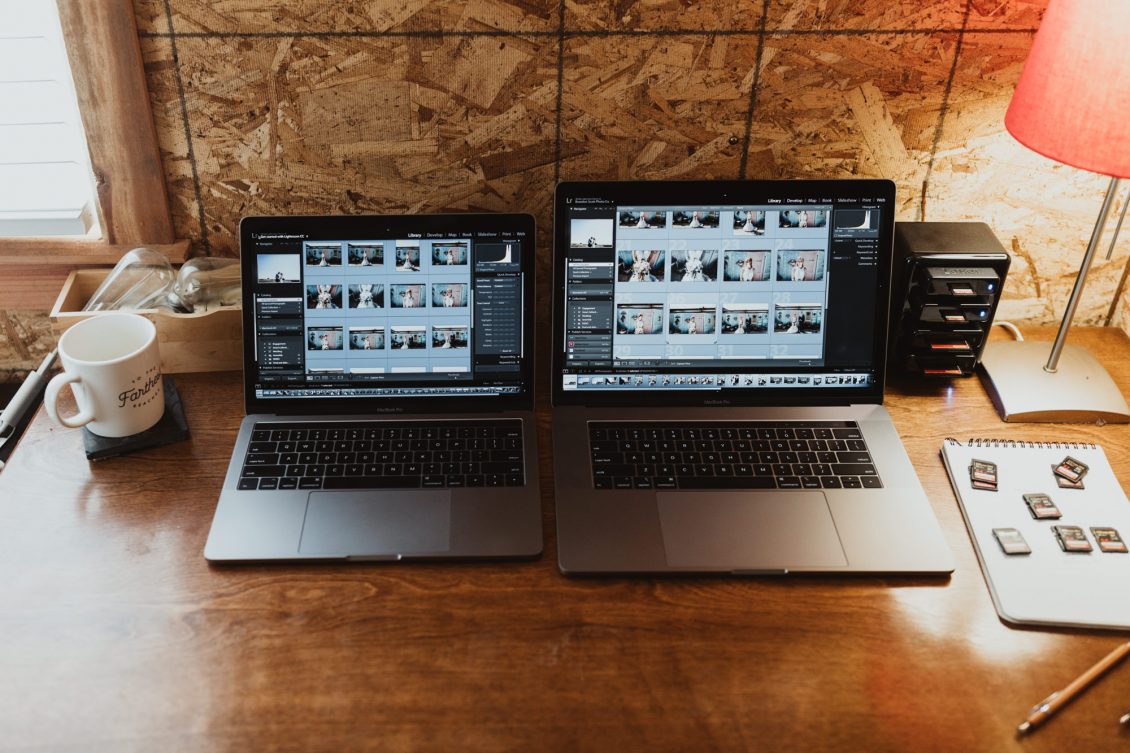 THE MACBOOK FOR PHOTGRAPHERS

All of my MacBook-buying life I’ve been a champion of the 13-inch model. The 15-inch was always a bit too bulky, and the MacBook Air and 12-inch models weren’t quite powerful enough to chug through editing thousands of photos per week.

I still have my 13-inch 2016 MacBook Pro and wanted to give it a head-to-head test against the new 2018 15-inch MacBook Pro, both fully spec’d, to see how much real world time I’m saving with such a pricey upgrade.

The testing here is simple. I had both MacBooks plugged in and fully charged, both running no other applications other than the apps being tested, and simply timed each workflow being tested to compare. I compared the most common workflows I use the MacBook for during the normal course of my editing workflow. The exact same Lightroom catalogs were used in comparing.

The 13-inch I replaced is sporting a 3.3GHz dual-core Intel Core i7 with Turbo Boost up to 3.6GHz and 16GB of memory. Graphics are powered by an integrated Intel Iris 550. It was basically the fastest 13-inch MacBook available until last week.

The first test was importing photos from SD cards. I use a Lexar Workhub connected via Thunderbolt 2 using a Thunderbolt 3 adapter. It lets me import up to four cards at once, and the greatest part is that the cards can be CF, SD, micro-SD – doesn’t matter.

For this comparison I imported two SD cards from an elopement I just photographed simultaneously (737 raws from two Canon 5D Mark IVs) and had Lightroom render standard-size previews in parallel. This means rather than build previews after all photos are imported, it builds them as they’re being imported.

This is a big deal for photographers. The faster you get importing finished, the faster you get to go to bed. I don’t go to sleep until I’ve verified that all photos imported correctly, and I can’t count the number of nights I’ve arrived at the office at midnight, imported photos from that day’s wedding, and fell asleep with my head on the desk. With speeds like this, I’ll get home a lot sooner.

It’s pretty common for me to have five or six panoramas to stitch together while editing a wedding. I often employ the Brenheiser method to create a medium-format effect using my full-frame camera. I’m not going to go into the nitty gritty of this, for that check out my friend Benj Haisch’s video.

For this test, I selected 10 photos to stitch together using Lightoom’s photo merging feature (also explained in Benj’s video). This is one of those workflows that you normally start, let your computer sit and sweat, and go make a snack or something while it does it’s thing. The computer is essentially paralyzed while it works it’s pano wizardry.

Obviously the 15-inch killed the 13-inch in this comparison, but the real world benefit here was that I tried it again after the official test and was able to work and do other things without a hiccup while it crunched away in Lightroom. Real time-saver here. Not only is it just processing twice as fast, it’s letting me turn wasted snack time into substantive work time.

It’s also worth noting that I tried to stitch together a 21-photo pano for the original test and the 13-inch wasn’t even able to complete it. I tried several times with no luck. Here are those results just for the record.

No greater feeling in the world exists than when you finally get to smash that export button. Hours of editing are finally wrapped up and beautiful photos are about to head toward your client’s inbox.

For this comparison I went ahead and simply exported at full-resolution 737 photos from a wedding I just wrapped up. I had an elopement to export too so I went ahead and did that to add another data point to the mix. Pretty simple. Here are the results.

By now you might be asking, “WHY ARE YOU EVEN BOTHERING? We know the 15-inch is going to stomp all over the 13.”

Fair question, and this is why. Upgrading machines isn’t free, we know this, and in addition to the actual dollars you spend on the upgrade, there are a ton of intangible switching costs. Some include the time it takes to set up a new system, re-install apps, find activation codes for said apps, etc. It takes a decent amount of time and money to upgrade so the time you save better be worth it. It’s one thing to read Apple’s marketing jargon and see that the new MacBook is “2x faster” or “the fastest MacBook we’ve ever built” but it’s much more meaningful to see just how much time you can save in your day-to-day work life.

And for the last comparison, I wanted to see how much faster the 15-inch could squash down those 737 full-res photos using JPEGMini Pro. If you haven’t used JPEGMini Pro, check it out here. It’s indispensable for adding photos to your website that balance image quality with loading times. Dylan Howell has a great post about this too.

Alrighty. We’re at the end of the comparison and I really hope it helps you guys make a purchasing decision. Even if you’re not comparing a 13-inch and a 15-inch, you at least have two sets of benchmarks here that you can run against your own computers, whether that’s an iMac or something of the PC Master Race (we’re not worthy).

You have different considerations when it comes to buying a computer as a photographer. Do your research, watch some YouTube reviews, and make sure the computer you get is one you can hang onto for awhile. Hopefully this can help steer you in a well-researched direction.

As always, feel free to drop a question or comment below. I’m always checking in on them and will do my best to answer any you might have.