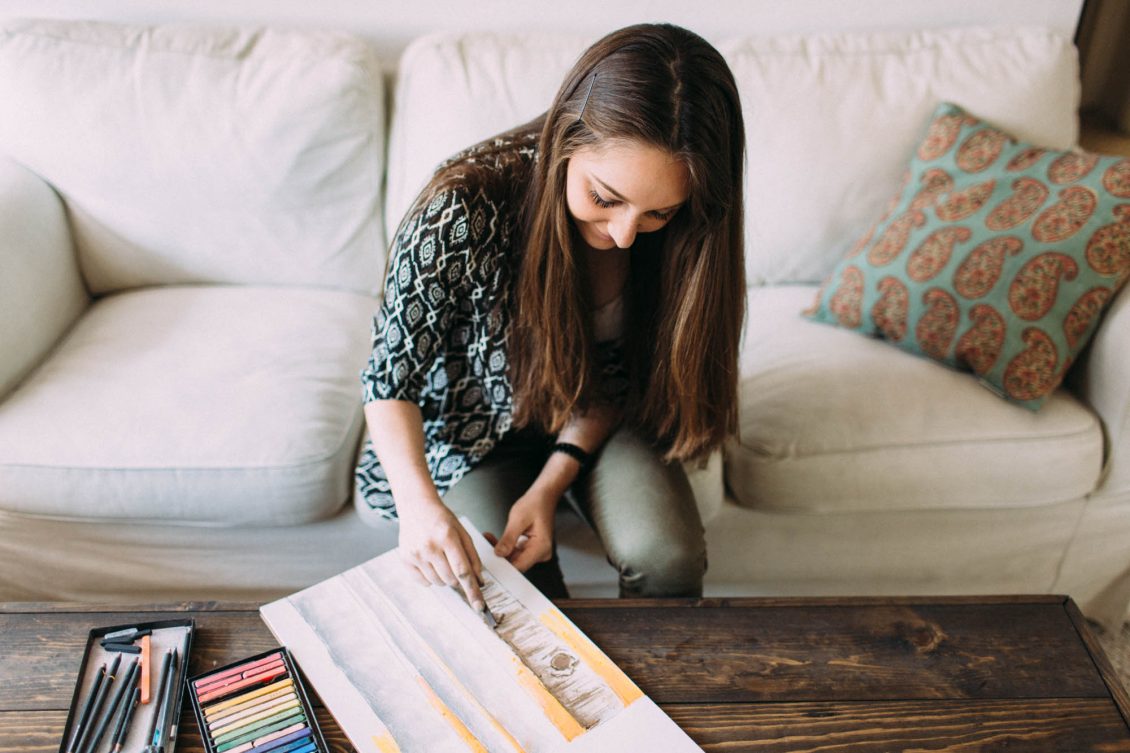 Mackenzie Adams is an incredible illustrator based out of Monterey, California. She has been an artist all her life, but it wasn’t until college that her true passion for drawing took root.

“I have always loved art, as it was a form of stress relief. I took classes when I was younger, and loved being challenged to create something new. I continued to draw for fun throughout high school, but as I started college, I began to notice how much people appreciated my pieces and it inspired me to create more. This inspired me to not only draw more often, but to try to expand and create pieces beyond my usual scope.”

One of Mackenzie’s most recent series embody many similarities with double exposure photography. Double exposure is a technique that originated with film, where the photographer essentially exposes the same frame of film more than once (usually two times). Film can only be exposed to light so much before it will stop recording information. The part of the film that was darker after first exposure will be most receptive to the light from the second pass. It’s common to have a person be the subject of the first exposure, and then overlay some element on top. At times the element could be an intriguing texture, like a tree canopy or fence line. The best examples of double exposure portraits overlay some element that has meaning and intentionality.

Read on to view images of Mackenzie’s process as she works on a new series that incorporates both chalk and charcoal, and to learn more about her experience and insights into her artistic process.

What was the inspiration behind the medium you chose?

“The inspiration for my choice of medium often comes from either the subject, or feeling I wan to create. I most often use chalk and charcoals, as I prefer the bolder lines and different levels of contrast. I love how charcoals allow me to create both bold lines, and softer lines when blended. By using such strong mediums, I am able to create different textures throughout each piece.”

How do you set up your space when you sit down to be creative?

“I operate best in unexpected environments. I often sit at my kitchen table, at the coffee table, or sometimes I’ll even spread out on the floor. My computer or iPad is usually nearby with some sort of image up for inspiration. Interestingly, I’ve found that I can’t work in silence. I prefer to have a movie or show on while I’m drawing. It keeps my mind busy in case I get stuck or frustrated with my progress.”

Describe the emotions you want your artwork to convey.

“I will often create bolder pieces that are sometimes rather obscure, so my hope is that as people view the piece, they’re intrigued and feel excitement. Some pieces are created so that viewers could feel specific emotions — such as joy, anger, warmth. I never create pieces with the intention of evoking negative feelings; I want viewers to be perplexed and intrigued and experience happiness. Despite all that, I know each piece will speak differently to each person.”

Do other artists inspire your creative process?

“Often times that’s where I find most of my inspiration. I always find it so mind-boggling to see how other artists are able to create something new. How are they able to come up with something so unique? Powerful? Emotional? When I look at other pieces from other artists, I try to imagine the state of mind they were in when coming up with that idea.”